The Palace in Hanoverian and Victorian times 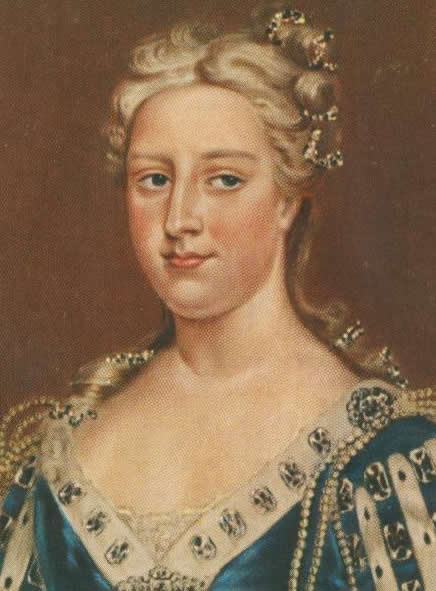 The final phase of building in the Palace dates from the reign of King George II (1727 – 1760). The apartments known as the ‘Georgian Rooms’ were rebuilt for him and his Queen Caroline of Brandenburg-Ansbach, and for their favourite son William Augustus, Duke of Cumberland, who later proved to be an able soldier, distinguishing himself at Dettingen, and in command at Fontenoy, and earning the harsh nickname of ‘the Butcher’ for his successful suppression of the second Jacobite rebellion at Culloden in 1745.

While the extensive repair and restoration of the Holy Day Closets were in progress a few years ago I used to conduct the daily said services of Matins and the Eucharist in Queen Caroline’s Oratory in the Georgian suite of apartments. Queen Caroline used to read prayers there with her chaplain, Samuel Clarke, and his portrait hangs there now. Clarke was a very able but controversial theologian, and was effectively an Arian heretic, rejecting the Divinity of Christ and hoping to persuade the King to repeal the legal requirement for the clergy to subscribe to belief in the Holy Trinity. Queen Caroline is supposed to have summoned her chaplain to her Oratory to give an account of himself, and confronted him with a Roman Catholic theologian called Edward Hawarden to debate the issue of belief in the Trinity. Hawarden won the contest (the story goes), and the Queen told Clarke to toe the orthodox line if he wanted to continue to be her chaplain! When Queen Caroline died in 1737 the King, despite keeping a string of mistresses, grieved deeply for her, and he removed the Court from the Palace in which she had died. It has never since been used as the residence of the Sovereign.

King George III never visited the Palace, but he was the first king to grant apartments at the Palace with tenure for life to loyal courtiers and servants of the Crown, called ‘Grace and Favour’ apartments. The granting of ‘Grace and Favour’ apartments has been discontinued during the reign of Her Majesty The Queen because of the hostility of the communications media to the custom, and their misrepresentation of it. The Chapel Royal continued to serve the small community living in these ‘Grace and Favour’ apartments, and the gardens were still maintained by gardeners such as Lancelot ‘Capability’ Brown, who planted the Great Vine (the largest and the second oldest in the world after that at the Jesuit College at Rheims). Brown disliked formal gardens, and regrettably replaced King William III’s formal Privy Garden on the south side of the Palace with a bit of English wilderness. The magnificent Baroque garden of King William III was carefully and authentically restored and reconstructed in the 1990s.