The Chapel Royal in Baroque and Georgian times 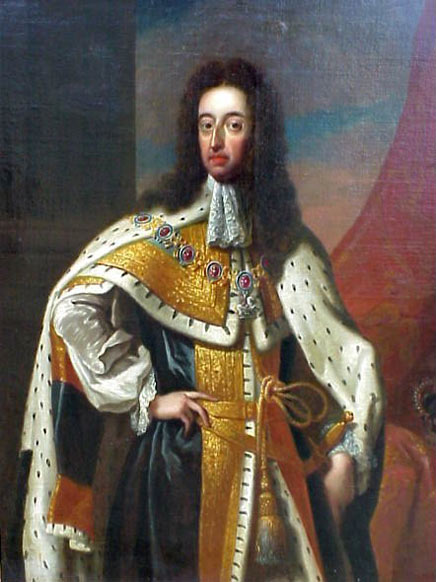 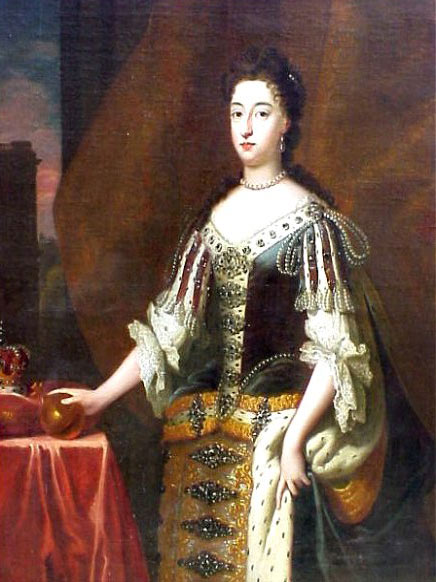 King James VI & I spent the Christmas of 1603 at Hampton Court Palace, and saw several of Shakespeare’s plays performed there. King James I presided over the Hampton Court Conference in January 1604 to settle the grievances of the Puritans against the Elizabethan Settlement of the Church of England, and Lancelot Andrewes, still Dean of Westminster (but later appointed by the King as Bishop successively of Chichester, Ely, and Winchester), was among his advisers. The King commissioned the Authorised Version of the Bible, which was published in 1611. Dean Andrewes was responsible for much of the finest work in that translation.

The Chapel Royal remained as it had been until in the 1640s, while King Charles I was held prisoner by Parliament in the Palace, the glass was destroyed and the decoration removed; only the Tudor ceiling was too high for the soldiers to strip off the carvings. Even the carved seats and stalls, which were not decorated with religious or royal symbols, were deliberately broken up. Oliver Cromwell, to whom Parliament entrusted the Palace as his residence as Lord Protector of England, allowed his daughter Mary to be married in the Chapel Royal to Viscount Falconbridge on the 17th of November 1657 with the Anglican marriage rite, although the use of the Book of Common Prayer was illegal under the Commonwealth (another bit of unfairness, you might say, like King Edward VI’s continued use of the beautiful Chapel Royal while churches were being desecrated all over England a century earlier!)

King Charles II preferred to live at Windsor, but he restored the Chapel Royal to receive his bride The Princess Catherine of Braganza (and her dowry of Bombay and Tangier!), and built a new set of lodgings at the south-east corner of the Palace for his mistress Barbara Villiers, Lady Castlemaine, Duchess of Cleveland. The magnificent Long Water on the East Front was added in his reign for her enjoyment. Every summer the Hampton Court Palace Flower Show makes imaginative use of the Long Water and the surrounding park – Barbara Castlemaine would love that!

The early Stuart kings – probably King James I with his marriage to Anne of Denmark, certainly King Charles I and King Charles II, and notoriously King James II with his second marriage to Mary of Modena – had queen consorts who were Roman Catholics. The beautiful Queen’s Chapel in Marlborough Gate opposite St James’s Palace was provided for the ministry of their own Catholic chaplains to Queen Henrietta Maria, the sister of King Louis XIII of France, and to Queen Catherine of Braganza, and their Catholic households. When the Court was at Hampton Court Palace the Queen’s Holy Day Closet on the south west side overlooking the Chapel was used by the Queen and her ladies-in-waiting and probably by her Catholic Chaplain from time to time.

When King William III and Queen Mary II came to the throne, the King preferred Hampton Court Palace to Whitehall Palace because of its healthy location and the hunting. In the Chapel Royal he had the Royal Arms he bore at the beginning of his reign, before the Scots accepted him as King, engraved on the gilt charger, chalice and flagons which his uncle Charles II had presented to the Chapel: the arms of Ireland appear in two quarters of the coat of arms.

King William commissioned Sir Christopher Wren to rebuild the Palace in the Baroque style. Queen Mary II took a great interest in the work, too, and it continued until her sudden death from smallpox at the age of thirty-two in 1694. The King was deeply distressed by her death, for she was beautiful, vivacious and generous-hearted; he stopped the work on the Palace for three years. It was not until 1697, after he had finished the main task of his reign – which consisted of campaigning every summer on the Continent to restrain the territorial ambitions of King Louis XIV of France – that he resumed work on the Palace and the Privy Garden on the South Front in the French style similar to his garden at Het Loo Palace in the Dutch Republic. The Chapel Royal was refurbished, and the Holy Day Closets were redesigned. It was when the King was riding in Home Park that his horse fell over a molehill in February 1702; he died soon afterwards at Kensington Palace. Jacobite sympathisers, then and ever since, have referred gratefully to the regicidal mole responsible for William’s death as “The little gentleman in velvet”!

William III was the first constitutional monarch in English history, but who never received from his British subjects the admiration he deserved nor from the Dutch beneficiaries of his protection the gratitude they owed him. The Palace he completed is reputed to be the world’s second largest (in number of rooms), second only to the Forbidden City in Beijing. Whilst he did not succeed in winning many battles against King Louis XIV, but he succeeded in building a palace a little bigger than Versailles.

William III aspired to oppose King Louis XIV on the battlefield, and his portrait in the King’s Apartments by Sir Godfrey Kneller represents him on horseback as King Alexander the Great, the conqueror of the Persian Empire, an allegorical parallel and allusion to the France of Louis. But William introduced much of the Court etiquette of Versailles to Hampton Court Palace: he took his meals seated alone but watched by his courtiers, as Louis used to do au grand couvert at supper ; and the ceremony of the daily levée and couchée in the King’s State Bedchamber was in imitation of the French custom. When the campaigning season was over at the end of the autumn, it is said that the King of France used to lend King William of Orange his gardener from Versailles to help with the lay-out of his ornamental gardens at Hampton Court Palace. Queen Anne completed the refurbishment of Chapel Royal, and an oak reredos constructed to one of two designs by Wren which were submitted by Nicholas Hawksmoor to the Queen for her approval, was carved under the direction of Grinling Gibbons in 1710, replacing the east windows which had contained the Tudor glass smashed in the 1640s. Being a very devout Anglican, Queen Anne often attended services in the Chapel Royal. Her Royal Arms surmount the Holy Day Closets, which came to be known informally from that time by the nickname of the Royal Pew; and her Royal Cypher and motto SEMPER EADEM (‘Ever the same’), used previously by Queen Elizabeth I, decorate the walls on both the north and south sides of the Chapel Royal.

The final phase of building in the Palace dates from the reign of King George II (1727 – 1760). The apartments known as the Georgian Rooms were rebuilt for him and his Queen Caroline of Brandenburg-Ansbach, and for their favourite son William Augustus, Duke of Cumberland, who later proved to be an able soldier, distinguishing himself at Dettingen, and in command at Fontenoy, and earning the harsh nickname of ‘the Butcher’ for his successful suppression of the second Jacobite rebellion at Culloden in 1745.

When the extensive repairs and restoration of the Holy Day Closets were in progress a few years ago, daily services took place in Queen Caroline’s Oratory in the Georgian suite of apartments. Queen Caroline used to read prayers there with her chaplain, Samuel Clarke, and his portrait hangs there now. Clarke was a very able but controversial theologian, and was effectively an Arian heretic, rejecting the Divinity of Christ and hoping to persuade the King to repeal the legal requirement for the clergy to subscribe to belief in the Holy Trinity. Queen Caroline is supposed to have summoned her chaplain to her Oratory to give an account of himself, and confronted him with a Roman Catholic theologian called Edward Hawarden to debate the issue of belief in the Trinity. Hawarden won the contest (the story goes), and the Queen told Clarke to toe the orthodox line if he wanted to continue to be her chaplain! When Caroline died in 1737 the King, despite keeping a string of mistresses, grieved deeply for her, and he removed the Court from the Palace in which she had died. It has never since been used as the residence of the Sovereign.

King George III never visited the Palace, but he was the first king to grant apartments at the Palace with tenure for life to loyal courtiers and servants of the Crown, called Grace and Favour apartments. The Chapel Royal continued to serve the small community living in these apartments, and the gardens were still maintained by gardeners such as Lancelot ‘Capability’ Brown, who planted the Great Vine (the largest and the second oldest in the world after that at the Jesuit College at Rheims). Brown disliked formal gardens, and regrettably replaced King William III’s formal Privy Garden on the south side of the Palace with a bit of English wilderness. The magnificent Baroque garden of William III was carefully and authentically restored and reconstructed in the 1990s.