The Architects and Artisans of the Chapel Royal 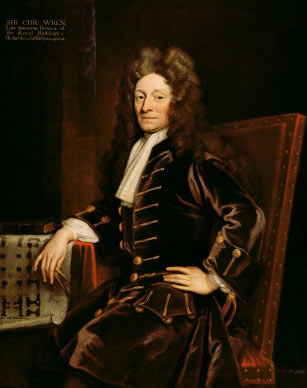 Sir Christopher Wren FRS (1632 – 1723) is one of the most highly acclaimed English architects in history. From 1689 – 1700, Wren worked at Hampton Court Palace and amongst other projects, re-built the south front of Hampton Court and designed the pews, the panelling and the pillars supporting the Royal pew in The Chapel Royal.

Wren had an eclectic career. He went to Oxford to study mathematics and graduated at the age of eighteen and was elected a fellow of All Souls three years later. He was fascinated by the natural sciences, and studied them broadly, but his particular passion was astronomy. He was appointed Professor of Astronomy at Gresham College, London in 1657, and Savilian Professor of Astronomy at Oxford while still only 28 years old.

Before he was 30 he was already acclaimed as a prodigy, and it is said that if he had remained in this field his reputation as a scientist would have been second only to Newton’s. However, he discovered architecture. He had always had a flair for drawing. Hooke wrote of him: ‘I must affirm that since the time of Archimedes there scarce ever met in one man in so great a perfection such a mechanical hand and so philosophical a mind’. He resigned his academic offices to concentrate on this new discipline. His first works were Pembroke College Chapel, Cambridge, and the Sheldonian Theatre, Oxford (both 1663).

After the Great Fire of London in 1666, he was appointed ‘Surveyor General and Principal Architect for the rebuilding of the City’. He was responsible for rebuilding many churches and other buildings in the City of London including his masterpiece, St. Paul’s Cathedral, on Ludgate Hill, completed in 1710.

He continued as Surveyor-General to King William III and Queen Anne but he did not find favour with King George I and was dismissed.

Wren spent the last five years of his life between his house in London and his residence across the road from the main entrance of Hampton Court Palace (still standing) which he held on a lease from the Crown.

Thomas Highmore (?-1720) was appointed Sergeant-Painter to King William III, and retained the Post under Queen Anne and King George I. Very little is known about Highmore apart from the fact that he painted the panels between the windows in the Chapel Royal. He resigned a few months before his death, and was succeeded by his apprentice and assistant, James Thornhill.

Sir James Thornhill (1675-1734) was apprenticed to Thomas Highmore when the loss of his father’s fortune made it necessary for him to earn his own living. He was a successful, and highly prolific, painter of historical subjects, in the Italian baroque tradition. He worked in stately homes, churches and other buildings all over England. Some of the most famous works are at Chatsworth; St. Paul’s Cathedral and the Royal Naval College at Greenwich, which occupied him on and off for twenty years.

On the retirement of his teacher Thomas Highmore in 1720, he was appointed by King George I to the former’s office of Sergeant-Painter to the King, and was knighted. He has the distinction of being the first native-born British painter to be knighted. Thornhill was also an accomplished architect. He designed, and decorated the interior of, Moor Park, Hertfordshire, and submitted a proposal for the church of St. Martin in the Fields.

Grinling Gibbons (1648-1720) was born in Amsterdam, of an English father. He was discovered working as a woodcarver in Deptford by the diarist, John Evelyn, who was so impressed by his talent that he introduced him to a number of influential people, including King Charles II (who eventually appointed him ‘Woodcarver to The King’), Samuel Pepys and Sir Christopher Wren, who employed him at St. Paul’s Cathedral and Trinity College, Cambridge.

He worked in great houses and churches all over England. In London, his most famous work is found in St. Paul’s Cathedral and St. James’s, Piccadilly. One has only to consider the enormous output attributed to him to realise that it could not possibly be the work of a single person, and in fact he maintained a workshop of some twenty craftsmen, many of whom were famous in their own right.

His favoured material for secular work was limewood, but his church carving (including that in the Chapel Royal) was generally in oak. He is responsible for the gilded cherubs carved on the walls of the Chapel Royal and the reredos behind the altar.

Gibbons was also a prolific sculptor. At Hampton Court Palace, Gibbons sculpted the marble fireplace in the Queen’s Watching Chamber, with its life-sized figures of two Yeomen of the Guard. He executed the statues of King James II in front of the National Gallery, and of Charles II at the Royal Hospital, Chelsea, among many others. 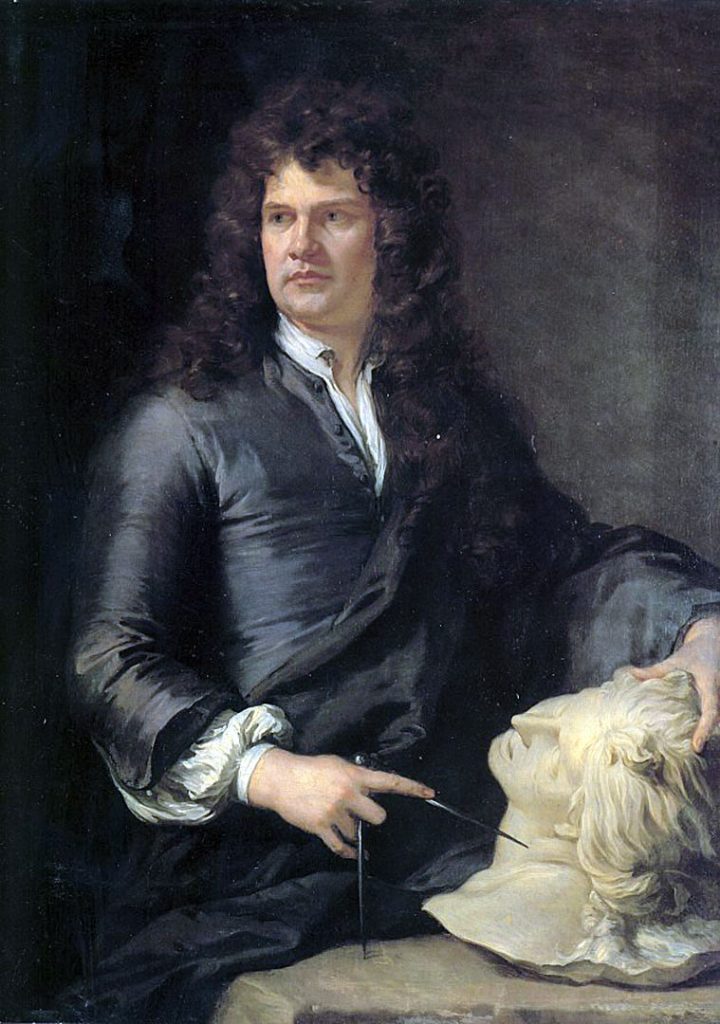