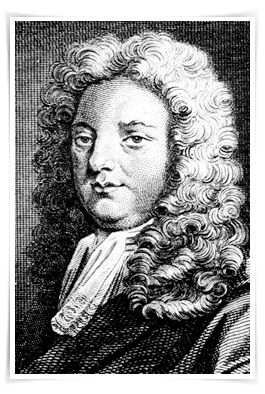 From its beginnings as a royal chapel in 1528, the greatest 16th century composers and musicians worked within its precincts: Thomas Tallis – made Gentleman of the Chapel Royal in 1542, where he composed and performed for Henry VIII, Edward VI, Queen Mary, and Queen Elizabeth; William Byrd – Gentleman of the Chapel Royal from 1572 – and recorded as Chapel organist during Elizabeth I’s reign; and Thomas Morley, a student of William Byrd’s – possibly whilst he was at Hampton Court, who was himself sworn and admitted a Gentleman in 1592.

During the 17th century this musical tradition continued: Orlando Gibbons was the organist from 1615 to 1625 – and composers Pelham Humfrey and John Blow both lived in Hampton.

By the end of the century, the organ at Hampton Court was being affectionately known as “Purcell’s Pipes” after the composer Henry Purcell, whose father had been a Gentleman of the Chapel Royal and who at the age of twenty-three was himself in 1682 appointed its organist.

This concentration of talented musicians and prolific composers produced a style of composition and performance that was copied by cathedrals, churches and chapels throughout the land – and this tradition of musical excellence continues through to the present day – the choir regularly performing works by living British composers such as Sir Nicholas Jackson, Sir Peter Maxwell Davies, James MacMillan and Jonathan Dove.

Most recently, Her Majesty Queen Elizabeth II broadcast her Christmas Message to the Nation from the Chapel Royal Hampton Court Palace in 2010.

Click here to find out who’s performing next in our latest recital, and details of upcoming concerts in the Chapel Royal, Hampton Court Palace.

Find out more about the history of the organ
Click Here